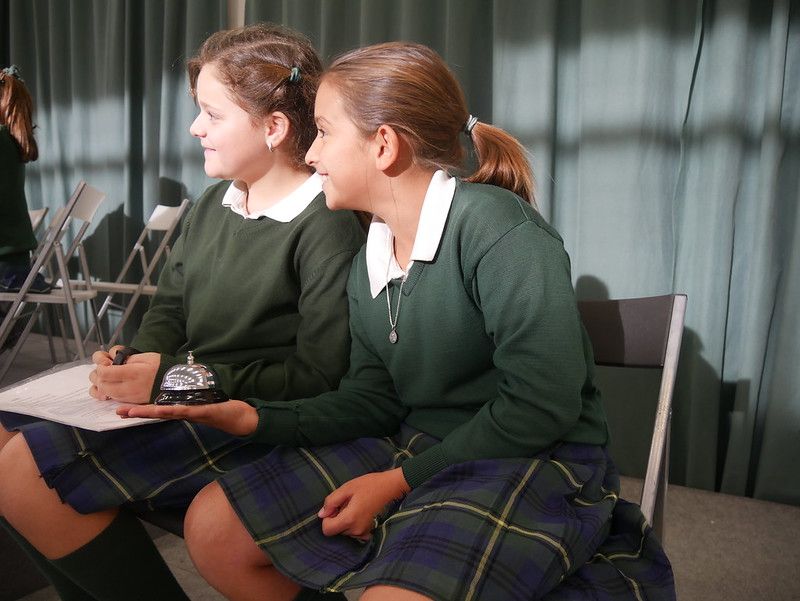 On Thursday the 4th December the girls from year 6 and the grades of 1o and 2o of ESO had their debates!
The topics were: "Social Media does more harm than good", "Robots increase our quality of life", "Grafitti is just as worthy as classical art" and "technology makes people dumber".
The girls had 4 weeks to prepare their points and find evidence support their arguments.
During training sessions the girls brainstormed sound and logical arguments with their teams and how to structure these arguments properly with conclusions. They also practiced refuting, skills in public speaking including how to use convincing language and body language as well as how to control their nerves. 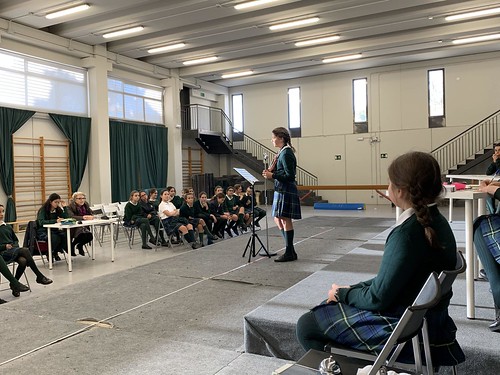 For the debate on: "Social Media does more harm than good", the negative team won.
For the debate on "Robots increase our quality of life", the affirmative team won.
For the debate on "Grafitti is just as worthy as classical art" the affirmative team won. And finally for "technology makes people dumber" the negative team won.
Our adjudicators were: Bernice Guerrero, Jessica Buske, Felicity Renshaw and James Hartley.
They were great in explaining the strengths and weaknesses of each team and how to improve for next time.
I was so proud of all teams, they did not just impress me but all the other students and teachers. It really encouraged other girls to want to join debating especially the the year 5 girls who will have the opportunity next year.